Home Garden Is There Any Difference Between Indoor & Outdoor Succulents

Succulents are often perceived as indoor plants – your desk buddies. However, what many don’t realize is that succulents are also quite frequent in outdoor gardens. After all, they’re plants – they weren’t created in a lab.

Now, we all know that succulents are relatively low-maintenance, but still, there are some rules you have to follow when it comes to taking care of them if you want them to thrive. But then again, succulents grow in a pretty controlled environment. They thrive in an environment with lots of light, but not too much of it, not a lot of water, but still some from time to time, etc. Seeing how that is far easier to achieve if you keep your plant indoors, it’s kind of hard to imagine a plant like that would be able to survive, let alone thrive, out in the open.

Well, that’s because there are some differences between what we know as indoor and outdoor succulents, and today, we’re going to talk about those differences and a few other things as well. Let’s get started!

First of all, even though some of these plants can survive out in the open, it doesn’t mean that they can survive everywhere. In most cases, all of your succulents will deal with summer pretty effortlessly. Just water them when they’ve drained the soil and they should be pretty much alright.

However, the problem arises when the temperatures drop. You see, succulents are dry-climate plants, and they can thrive in some pretty harsh conditions, as long as those harsh conditions mean drought and heat. They’re not as tough on the damp and cold side of things.

So, the first “main” difference between an indoor and an outdoor succulent would be low-temperature tolerance. Now, when things get frosty, you want to know that your plant will be able to survive the winter without dying. According to the Succulent market, if you want a succulent that’s going to survive pretty much every winter, you should look for hens and chicks.

Hens and chicks come in various shapes, sizes, and colors and are a great succulent to keep outdoors if you live in an area with harsh, cold winters. Some of these can even withstand temperatures as low as negative 40 degrees Celsius.

Even though you wouldn’t expect a dessert plant to have trouble with too much sun, you can actually expose yours to too much light and have it permanently sun-burned or even killed.

Another “key” difference between an indoor and an outdoor succulent would be how well they can handle constant light exposure. Indoor plants can get away with more. If there’s too much sunlight, you can just move it someplace else and be done with it.

On the other hand, you can really dig up and move around your outdoor succulents at will. Now, some species will be better at handling the sun and the heat than others. In most cases, your best option for a sun-resistant succulent is a cactus.

Cacti are known for being the most resilient out of all succulents when it comes to handling the sun and drought. Most of them can take a full day of direct sunlight without being sunburnt or suffering any other kind of damage. Now, if you don’t want cacti, there is a cool trick you can do!

Plant your outdoor succulents east of a building or a large tree. That way, your plant will get more than enough sunlight in the morning, when the sun is at its “gentlest”, while also being protected from the “burning” sun in the afternoon.

Are There Any Other Differences?

As for “key” differences between the two, those were the only ones that really matter. All in all, the only significant difference between an outdoor succulent and an indoor one is that those that can grow outside are a little bit tougher, that’s all.

Now, this doesn’t mean that you can’t grow indoor ones out in the open. On the contrary, some indoor types can actually benefit from being out in the open once in a while.

If they’re potted, all you’d need to do is transfer the plant inside once the winter comes and keep taking care of it that way for a few months. Naturally, this will only work if your succulent is being kept in a pot, but still, that is something you could do.

Now, this leads us to the next question…

Well, both yes and no. The thing is, there is no such thing as an outdoor and an indoor succulent in a true sense. Unless you live in a place where winters get really long and cold, there really isn’t any difference between these two. Both of these “types” would be more than capable of thriving and growing both in and out of the house.

It all comes down to proper care in the end. Sure, succulents are as low-maintenance as a living thing could get, but still, they do need some maintenance.

For instance, older plants will be much better at handling heat and drought than younger ones. That is why you need to pay special attention to your succulents while they’re young. Keep them out of direct sunlight if the day is scorching hot and water them more occasionally than you would an older one. That way, you can grow them big and strong and allow yourself to forget about them for a while.

Conclusion – Are There Any Actual Differences Between The Two?

In the end, let’s sum it all up. Are there any actual differences between an outdoor succulent and an indoor one? Well, not quite. Sure, some of them are tougher than the others, but that’s pretty much about where the differences end. With proper climate and some minimal maintenance, you could get any type of succulent to thrive in your garden or your bedroom. So, sure, you could nit-pick and point out the subtle differences between them, but that’s the case for every living thing on planet Earth.

So, instead of worrying about whether your plant is an outdoors or indoors type, try and learn how to properly take care of it and everything else will just fall into place. 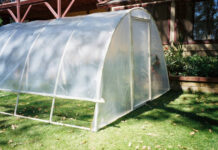 How Long Will a PVC Greenhouse Last – 2023 Guide 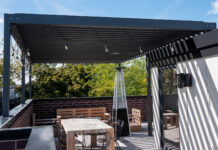 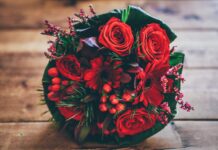