There is the potential for disaster if a DOT testing program supervisor does not perform a test when there is a reasonable level of suspicion to do so. This is why it is so important for them to partake in the proper DOT reasonable suspicion training for supervisors, which can be accessed if you click here.

Consider the example. The speech of a driver is slightly slurred and a supervisor recognizes this fact. The driver is about to head out on a trip across the country but the supervisor does not do anything and then the driver heads on out. Whilst out on the road, the driver unfortunately gets in a road traffic accident that results in the death of two people.

This is, of course, a worst-case scenario but it could, 100 percent, have been avoided if the supervisor had acted. In this particular situation, the supervisor has a reasonable level of suspicion to perform a drug and alcohol test. There was a clear observation that the driver had used some drugs, alcohol or both.

Having a reasonable suspicion is having some form of evidence that someone is potentially under the influence of drugs, alcohol, or even both. In the context of the workplace, it is something that is used in order to determine if there is sufficient evidence to perform a drug and alcohol test.

Testing someone where there is no reasonable suspicion is actually an infringement on their employee’s rights to privacy. However, if an employer does not perform a drug and alcohol test when there is clear evidence to do so, the lives of the employee and others (e.g. members of the public) are potentially being put at risk.

Who can be drug and alcohol tested?

For those companies that are DOT regulated, all of their employees that are safety sensitive are subject to drug and alcohol testing.

For those companies that are not DOT regulated but operate a drug-free program within the workplace, the policy surrounding this will clearly identify who is and who is not culpable for testing. By looking at this, it becomes clear for supervisors which employees exactly they need to keep tabs on.

The vast majority of states in America have specific standards in place regarding drug-free programs within the workplace and reasonable suspicion. Because of this, different states might require a certain type of employee to partake in drug and alcohol testing, whereas others might not.

What is considered reasonable suspicion?

This is a legal standard that proves there is more than a hunch but an actual probable cause that there may be an issue with an employee.

It is something that is based on articulable and specific facts that are used in order to infer something about a particular employee. Basically, there needs to be a real reason and facts in order to suspect something of an employee.

What is reasonable suspicion to perform a drug and alcohol test?

In order for there to be reasonable suspicion to perform a drug and alcohol test, there need to be articulable and specific facts that there are signs of either drug and/or alcohol use and that the employee is high and/or drunk.

The most important part here though is the standard. In order to perform a drug and alcohol test, the employer does not need to expect the employee to return a positive result. What they need instead is to have articulable, specific, and factual facts that infer that an employee would in fact test positive.

The inference that an employee will test positive when drug and alcohol tested is what reasonable suspicion is. There does not need to be a probability or a likelihood.

Providing that there are clear signs in place that can be articulated and documented, then it is actually legally required that a drug and alcohol test takes place – it cannot be avoided.

The standard for evidence is true within both not DOT and DOT workplace settings.

This means that there is nothing incorrect about requiring a drug and alcohol test of an employee that turns out to be negative. It is pretty much the case that the result and the outcome are actually beside the point.

The job of a supervisor is to look for and identify the signs of drug and or alcohol use amongst employees. There is no need to have probable cause for the purpose of thinking that an employee is using alcohol and/or drugs. No more proof, other than the actual signs themselves, is required.

It is important that they go by their own observations. If at all possible, inference of made observations is alcohol and/or drug use, then a test is required by law. It does not necessarily have to be the highest possible inference. For instance, it could be the case that an employee stayed up all night in order to submit a piece of work by a tight deadline. However, with the observations made, there is reasonable suspicion for a drug and alcohol test to take place.

How do identify employees that are under the influence?

When deciding if there is a case for reasonable suspicion, a supervisor would need to make an observation in the form of either hearing, smelling, touching, seeing, or a combination of these.

For instance, they may be able to smell cannabis or alcohol on an employee or see that their eyes are red. 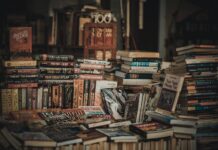 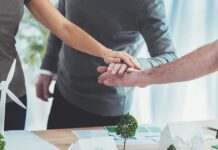