It is a fact of life that as we get older, we are more likely to suffer from a range of health conditions. Our bodies tend to lose muscle strength and mass as we age which can increase the risk of falls. Blood vessels can become narrowed or even blocked with fatty deposits leading to increased likelihoods of serious medical conditions such as strokes. In this article some of the common health conditions in elderly people will be described with information on available treatments for these conditions.

Strokes involve either the cutting off the oxygen supply to the brain by blood clots in the brains blood vessels or through bleeding on the brain caused by a blood vessel hemorrhage. As we get older, we are at increased risk of strokes due to a culmination of risk factors such as smoking, being overweight and not getting enough exercise. Whilst strokes are more common in later life, a recent statistical trend is that the average age of stroke patients is dropping. The average age for a woman suffering a stroke has reduced from 75 to 73 and for men it has dropped from 71 to 68 years old. Strokes are a life-threatening condition where it is imperative to seek emergency medical assistance as soon as symptoms (such as slurred speech and facial drooping) are recognized. Common aftereffects in stroke survivors include having difficulties in swallowing (also known as dysphagia). These symptoms can be improved by having access to speech professionals who can help to retrain the brain to swallow. Food and beverage thickening products such as SimplyThick Easy Mix have been shown to make swallowing easier when patients with dysphasia are eating and drinking.

As we age, we tend to become less active than we were in our youth. Over a number of years this reduction in physical activity can lead to our muscles becoming less developed and our bones losing some of their density. The combined effects of this are an increased likelihood of slips, trips and falls. There are several ways to alter the home environment to make falls less likely and these can be found here. However, a key form of action that can be taken to prolong higher levels of mobility in the elderly and minimize falls is to promote the importance of regular gentle exercise that moves the bodies limbs and joints. Some elderly people may like the idea of yoga or other gentle stretching exercises and these can ensure that muscles and bones stay strong into later life. 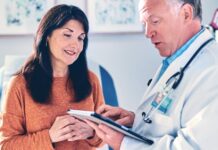 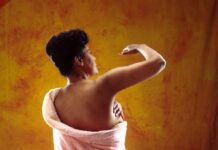 Breast Cancer: What You Should Know