The events of 2019’s Modern Warfare reboot start up three years later in Call of Duty: Modern Warfare 2. Now that Task Force 141 has been fully organized by Captain Price, another threat from international terrorism has undoubtedly materialized.

Modern Warfare 2’s narrative feels enjoyable despite a rise in difficulty thanks to brand-new elements, more freedom in how you finish missions, and a variety of throwbacks to the original series.

All the Well-Known Characters Are Still There

Price and well-known actors Kyle “Gaz” Garrick, John “Soap” MacTavish, and Simon “Ghost” Riley are all present in this new iteration of Task Force 141. On the other hand, Colonel Alejandro Vargas of the Mexican Special Forces is a new ally in Modern Warfare 2. Although this has a distinct plot from Modern Warfare 2, General Shepherd from the initial campaign is still present. Kate Laswell from Modern Warfare 2019 and the PMC team dubbed Shadow Company both return as well.

You are put to the test as members of Task Force 141 after an American airstrike executes Al-Qatala leader, General Ghorbrani; Hassan Zyani, who succeeds him, swears vengeance and collaborates with a global drug syndicate to transport stolen American ballistic missiles. It is Task Force 141’s responsibility to thwart Hassan’s plans to fire the missiles upon American targets.

Variety of Environment and More ‘Personality’

The adventure takes you all over the world as you battle in locations like Mexico, Amsterdam, Chicago, and even Al Mazrah, the imaginary backdrop of Warzone 2.0’s map. With nighttime stealth operations, desert skirmishes, a jailbreak, and even an oil rig set piece that feels reminiscent of the old Modern Warfare 2’s The Only Easy Day…Was Yesterday level without being a remake, this adds a welcome variety to the environment from mission to mission.

Because there are now speech choices for speaking to your other soldiers and engaging in conversation with them, Modern Warfare 2 gives the people you play and battle alongside a little more personality than earlier games did. We had the option to have Gaz engage in some small talk during the assignment Recon By Fire, and we decided to do so with Kate Laswell in order to further humanize the characters.

Although it is entirely optional and you are free to remain silent, it is wonderful to have another layer of conversation. The banter in between gunfights was very entertaining, and it gives minor characters more depth when they could otherwise become one-dimensional. For instance, Kate acknowledges her wife, a marital status that was not apparent in the previous game. In the spare moments of a highly important survival operation, there were also some fun bro times with Soap and Ghost.

Farah, a Modern Warfare 2019 character, makes a brief appearance in Violence and Timing as an ally, although it is sad that she does not have a bigger part in the campaign given that she was last seen working alongside Price for Modern Warfare’s post-launch narrative in Warzone. She appeared in the battle accompanying Price as he gradually put Task Team 141 back together, suggesting that she might join Price’s force as a fresh recruit, but tragically, this does not happen.

Alejandro, though, seems to be an excellent supplement to Captain Price’s expanding group of pals. He is hired to serve as Task Force 141’s guide across Mexico, and it soon becomes clear that he is a man who will stop at nothing to keep his fictional place of Las Almas free from cartel corruption. As a result, he is the ideal person to assist you in removing the stolen missiles from cartel control.

Alejandro is a character you easily develop to care about when stuff goes wrong, and we would embrace his comeback to the series if future stories allowed. The writers do a wonderful job of expressing Alejandro’s feelings through sequences of grilling a former buddy turned enemy.

Without going into specifics, Modern Warfare 2 is plenty of twists and betrayals in its search to find the warheads and stop the terrorists, just like the first Modern Warfare 2. Infinity Ward does a good job of striking a balance between the reminiscence of the original series and the addition of a fresh, compelling story.

There are 17 campaign missions in Call of Duty: Modern Warfare 2, and they range from elaborate, action-movie-style set pieces to low-key stealth missions. You can pretty much anticipate it to be a Call of Duty storyline.

The objectives contain a great deal of enjoyment and nostalgia since the campaign includes some iconic Modern Warfare scenarios with fresh twists, but there is not really anything added in terms of big inventiveness here to really impress you. There are also some missions in the game that appear more open-world than anything we have experienced before, offering you more chances to experiment with different fighting strategies.

Some stealth missions allow you to search the area for the ideal sniper spot to line up a collateral killing, while others only provide you a variety of routes to choose from while attacking or eluding your foes. Although this flexibility does not compare to that of an open-world RPG, it is nonetheless a pleasant change from the typical led-by-the-hand campaign style of Call of Duty.

For instance, the player-controlled AC-130 fighter scene in the action Close Air is extremely similar to the Death From Above mission from Call of Duty 4: Modern Warfare. As soldiers of Shadow Company, you take up the role of Ghost, Soap, and Alejandro’s aerial support in the AC-130 during Close Air. Close Air offers a sensation that is just as gratifying as destroying entire buildings with the might of the AC-130, which was a fan-favorite task in Modern Warfare.

The Game AI Sometimes Does Not Seem So ‘Intelligent’

Another, Recon By Fire, is strikingly similar to the legendary All Ghillied Up stealth mission from Call of Duty 4: Modern Warfare. The advancements in AI are what distinguish Modern Warfare 2 from its predecessor. Because opposing soldiers are scouring the area for you more actively than in previous games, you can no more absorb their patterns of movement and hide as a result.

In the multiplayer test of Modern Warfare 2, we berated the game’s sophisticated AI, but the campaign’s opposing NPCs demonstrated to be a much more formidable foe. Unfortunately, we cannot really say that your AI teammates are as effective, so plan on doing the majority of the effort to defeat foes.

While the majority of the game’s equipment is carried over from earlier iterations, Modern Warfare 2 introduces a new crafting component. You may need to perform some light scavenging as part of various tasks in order to create equipment and weapons including landmines, smoke grenades, shivs, and a pry weapon for unlocking locked containers and doors.

After the initial times, gathering materials to make pry tools can become a bit boring, and there have been times when we have wished we could simply Incredible Hulk our manner through more doors.

However, it was more of a niggling inconvenience than something that wrecked the experience, and in its current state, it seems to be a test for a feature that will appear in upcoming Call of Duty material. The game adds the new snake webcam device, which can be pushed behind a door jam to view enemies from the opposite side.

We started each of the Call of Duty missions on Regular difficulty and finished them on Veteran difficulties, so we were startled to find that Regular gave a greater challenge than usual. You can still lose your life in a matter of shots even with this default mode, but some of our problems may also be attributable to Modern Warfare 2’s sophisticated AI, as we discovered that in some stealth missions, no matter how well we tried to play covertly, the enemy NPCs were still able to easily spot us.

This we see as a problem to eSport pro players and must be taken into account when making battle tactics for CoD tournaments (popular for bettors of sites collected at bookmaker-expert.com/country/peru/), such as the Worlds 2022.

Despite the fact that it seemed like AI has been more nimble in its searches while on stealth assignments, there were occasions when we wondered how the adversary found us. They could have a little bit too good of an eye, to the extent where it occasionally felt unfair. It was a very humbling experience because we died a lot more often than we ever anticipated.

Your Individual Experience May Differ Depending on Your Platform

The campaign’s management of checkpoints is one of its main problems, and this increase in difficulty brought it to light. When we died, we had to restart a significant portion of some missions since they were spread out so far, yet other missions saved us at odd junctures in the action. We frequently perished and respawned close to the enemy who had just killed us, which made recovery difficult, particularly in stealth missions. There were times when we appeared to be moving forward simply by sheer luck, and other times when we respawned to just perish nearly immediately.

On PlayStation 5, everything worked smoothly and the graphics were clear. Your individual experience may differ depending on your platform, however, we had no crashes, significant bugs, or performance problems. The sole strange encounter took place in the Recon By Fire mission’s building-clearing part, when it took some time to locate the last enemy before reaching a checkpoint since all of the soldiers were trapped within some boxes that were used as room decor.

Call of Duty: Modern Warfare 2 had some huge shoes to fill after the success of the first game, but generally, it is a solid follow-up. We were not impressed by the improved maneuverability mechanics in an early Modern Warfare 2 preview, nor did we anticipate the modifications to have such an influence on the game. We were pleasantly surprised, though, by how much we valued having the discretion to approach situations in our own manner, including all of the car jackings.

There was never a dull time because the different locales from mission to mission kept things interesting. It feels like Infinity Ward designed this campaign as a greatest-hits collection for the franchise during our experience with Modern Warfare 2 and Task Force 141.

It offers us hope that these freedom-related components may become more of a franchise standard, and that is a potential for Call of Duty that we are willing to support. We were pleasantly surprised by how much we enjoyed the new open-world props and maneuverability. 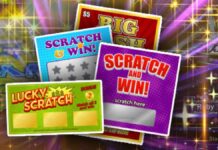 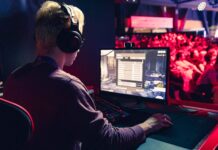 10 Under-The-Radar Games That You Should Check Out 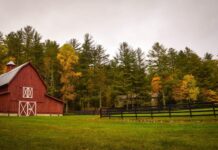 The Best Farming-Themed Games For PC