Playing games is an excellent source of entertainment and comes with several benefits. While playing alone is enjoyable on its own, playing with others is also a great way to bond with friends or make new ones. Unfortunately, with the pandemic and quarantine rules set in different countries, it’s been a while before some people got to see each other’s faces again. But this also gave rise and more attention to online games that friends and family can enjoy despite being physically apart.

Today, although the restrictions have indeed eased and more people have been going out, some groups of friends still want to find time to play these games together, whether its because they choose to stay at home for health concerns, there are travel restrictions, or just because they want to have fun online. So, if you’re feeling bored or just want to interact more with friends that you can’t gather around, here are some fun online games for you to try:

Jackbox Games is the party-game-making studio behind the Jackbox Party Pack Games. They have been developing and releasing a series of party video games on a near-annual schedule since 2014, making its 2022 release as Party Pack 9.

Now, what exactly is a Jackbox Party Pack? A party pack is a collection of 5 games grouped and released as a Jackbox Party Pack. Each game can accommodate 1 to 8 players, with one person being the host of the game. The games support multiple game console platforms, devices, and operating systems.

These are cool and fun to play because of the active participation of all the players with exciting challenges. Here are some examples of games for each party pack released:

This is a multiple-choice trivia question game. A player earns in-game money for answering correctly in a shorter time and loses money for wrong answers. Failing to respond doesn’t give a player any money. The player with the most money at the end wins the game.

Each player starts by drawing three images of anything they want, though the game provides suggestions to help. Then each player has a chance to enter several short sayings or slogans. Subsequently, each player is given two or more random drawings and two random phrases and selects the pair that best fits together as printed on a T-shirt. These designs are then put into a one-on-one voting battle with all players and audience members to determine the best-voted T-shirt design and the design that had the longest voting streak.

For the second round of drawing, slogan writing, pairing, and voting are performed. The winning designs from each round are then put against each other to determine the ultimate winning design. After the game, players can order custom printed T-shirts based on what they’ve created.

Players are contestants in an alien combat arena, the Zeeple Dome, to take down aliens. The game is physics-based and has players slingshot their characters across the game’s levels, working together to defeat enemies and gain power-ups for their team. When each enemy is defeated, in-game money is earned in the level.

The game’s style is very similar to Charades, where players have to pick a place, story, thing, or person to describe using sentences. Then, while one player hints about what they have chosen, the other players must try to guess what the presenter describes. Points are awarded to the presenter, whoever correctly guesses the word, and those who contributed a helpful hint. The player with the most points at the end wins.

The Jackbox Party games are loads of fun. Based on the descriptions of some of the games, you see how well thought out each one is, right? And that’s just a few games from a range of others from different party packs. Even with a single pack, you’ll get to choose various games, so, indeed, you and your friends won’t ever be bored!

Ever played Pictionary? How about Pass the Telephone game? Well, in this online game developed by Onrizon, you get the best of both and have an enjoyable time with your friends! Much like all other online games, it’s best to play this one by joining a call with your friends through Discord, Zoom, or other platforms.

Once everyone’s ready, you can all start playing! Here’s a rundown of how to play Gartic Phone:

It’s a great game to play with friends when you don’t get to hang out in person for different reasons. You’ll bond over the hilarity that ensues from your art skills and attempts at making sense of each other’s art. With so much fun, it’s no wonder streamers and YouTubers like Drawfee have played this game. If you want to flex your creativity and have a great time with your buddies, this is a great game to try!

While there are game modes for you to choose from (i.e., Classic, All Bad Questions, All Bad Memes, and Family-Friendly), the premise is mainly the same. You and your friends receive ten response cards each. These cards include random words or phrases that could fit in any context. The round starts with one prompt card and a “Card Queen,” who’s in charge of choosing their favorite response.

You then choose a response card (or cards) that you think makes the funniest sentence based on the prompt card by clicking/tapping the “Pick” button. Once you’ve decided on your chosen card/s, click the “Play” button. Once everyone plays their chosen cards, the cards are shown (though the players remain anonymous), and the Card Queen picks their favorite response. After a certain number of rounds, which you can modify in the game settings, the winner is the player with the most number of chosen cards.

If you’ve played Cards Against Humanity before, you’d understand why this is such a funny game, so it’s nice knowing that you can connect with your friends the same way though you are far apart. Besides making each other’s stomachs hurt from all the laughing, it’s an excellent game for you to get to know your friends and their sense of humor a little better.

In its original form, the werewolf game is a card, and role-playing game for at least seven players played face to face. The roles to be played include werewolves and villagers, and the setting has a night and day time. These roles, however, should be kept secret during the entire duration of the game. The game’s objective is to either eliminate all the villagers (if you’re a werewolf) or to identify and vote out the wolf (if you’re a villager). During the “nighttime,” the wolves can hunt and eliminate a village, and during the “day,” the villagers (surviving) have the chance to guess who the werewolves are.

For the original game, one player serves as the moderator, who basically controls the game and declares when the night and day are. They’re in charge of asking people to close their eyes during the day and nighttime while the wolf chooses someone to eliminate.

Due to its popularity, the werewolf game was made available to play online through Telegram. The premise is the same, except that the werewolf bot is the moderator for you, and each player is assigned a role. You first need to add the Werewolf Game bot to the group chat to which you and your friends belong by following these steps:

Once the game starts, a different chat will be opened with only you and the Werewolf Moderator (separate from your group chat). This is where you’ll be making decisions concerning your assigned role. For example, this is where the werewolf chooses a player to kill.

With that, much like the basic game, you’re also assigned to different roles here. So, besides the werewolf, here are some common roles that could be assigned to you:

If it’s difficult to follow now, don’t worry – it just seems more complicated than it actually is. The best way for you to get the hang of the game is to play with your friends, and it’s sure that once everyone understands how this whole game works, you’ll find yourself starting a new game over and over again.

These were a couple of fun online games that you and your friends can try playing. So the next time you all want to head out but can’t because of different reasons, you can take full advantage of technology and the internet to have a blast!

But hey! If you ever want to try something different yet still fun, you can also go with classic prank calls. With this online soundboard, you can step up your prank call game and laugh at your friends’ reactions. 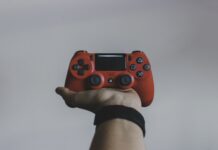