Almost everyone knows that nicotine is harmful to the health of those who partake, and to those around them by the way of secondhand smoke. However, despite the vast amount of information out there warning of the health risk, it is estimated that 13 out of 100 adults in the United States smoke a nicotine product. Nicotine is extremely addictive and has a powerful hold on those who partake. Even when individuals want to reduce or quit nicotine, they find it extremely difficult. There are a few options available to assist individuals with cutting the cravings and combating symptoms of nicotine withdrawal. However, they often do not help individuals long term and can come with an array of unwanted side effects, such as nightmares and suicidal thoughts. Emerging research has found hemp cigarettes may be a viable alternative to nicotine, and may even help individuals reduce their usage, without unwanted side effects. Let’s discuss what exactly are the newly popular hemp cigarettes and how they may be able to help you or someone you love reduce their nicotine usage.

What are hemp cigarettes?

Hemp cigarettes are filled with dried and cured hemp flower that has been ground down and put into a cigarette style tube with a filter. They look similar to traditional cigarettes and smoke the same. They are made with only hemp flower, though some have various terpenes added to alter the flavor. Within the hemp flower there are various cannabinoids present, such as CBG and CBD, that deliver an array of therapeutic benefits to those who consume. Smoking hemp flower not only provides a smoking cessation, but can also reduces anxiety, depression, inflammation, pain, nausea, and so much more! Hemp cigarettes allows for the most rapid delivery of cannabinoids to the body, with consumers feeling the effects in 5 to 10 minutes on average after inhalation.

Smokers all over are starting to smoke hemp rather than nicotine and the science community has taken notice. Though research is limited, it has promising results, demonstrating hemp as a possible therapeutic to help individuals with nicotine addictions.

In a study conducted in 2013, it was found CBD helped to limit intrusive thoughts related to smoking. It was a double-blind placebo study, where one half of the subjects were given an inhaler with CBD, and the other half a placebo. Throughout the period of one week, the CBD group reduced their nicotine usage an average of 40%, while the placebo group had no changes reported.

A more recent study in 2018 from The London College, cited CBD as a promising smoking cessation tool, finding CBD limited intrusive thoughts related to smoking. Additionally, they found the anti-anxiety effects of CBD could also be beneficial to help ease irritability and anxiety that accompanies nicotine withdrawal.

Smoking is the most preventable cause of death in the United States according to the Center for Disease Control and Prevention. However, with limited options to help individuals quit and the addictive power of nicotine, quitting or reducing consumption is much easier said than done. Hemp cigarettes are showing great promise as an alternative to traditional cigarettes that can help individuals combat nicotine cravings, and in turn live a healthier life. With 8 million deaths attributed to nicotine use globally each year, it is important that more research is done on the subject. If you or someone you know wants an alternative to nicotine, Agrowth’s hemp cigarettes are a great option. 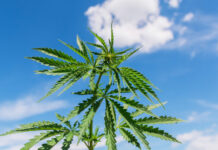 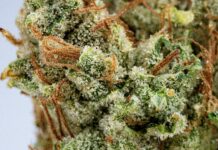 Weed Quality – All You Need to Know! 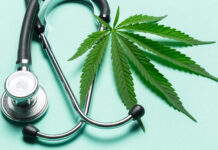 Misconceptions People Have About Cannabis and Cancer