Home Guide How Does Sleep Look for Highly Sensitive Toddlers

Some kids just function differently than others. Highly sensitive children are called so because they are extremely responsive to external stimuli. Even the faintest of a dogs bark from a mile or two away can wake them up from their ‘hard to crash’ slumber. In case you are still confused these points might help you get some clarity –

They notice everything – Crying relentlessly during their babyhood no matter how soothing a lullaby was sang or how sweet mommy’s milk went down their throat, the baby kept crying and crying and while sleep was just a dream for both you and your baby. If this was the case then there’s a high chance your baby was a highly sensitive kid.

Itchy clothing – There’s always some part of a cloth that your kid doesn’t like. Some part of it that just makes them feel very uneasy. Like the tag at the back, fabric of the cloth or something concerning the apparel which always starts some kind of ant march on your toddler’s skin.

Change is not taken well – Highly sensitive children just don’t take change with a happy face. It could be with things as simple as breakfast cereal changing from corn flakes to chocos or mommy dropping them off to school instead of daddy.

Attention to detail – Kids with hypersensitivity tend to notice even the smallest of differences in their environment. It could be the new perfume you sported or if you hit the salon. Your kid is going to be the first to notice.

Excited affair of fears – Could be the dog with droopy eyes and drooly mouth, the old man at the shop who wears large lens spectacles or the sound of cold air breezing through the room at night. All of which the kid could find very intimidating. Even watching television might be a problem at times as you could never guess what could trigger something in him/her.

By themselves, with themselves – You might find your kid seemingly more focused and comfortable being by themselves and playing with their favourite choice of a play toy than with a group of friends.

Deep understanding – Sometimes it might feel your kid might be older than you might think he/she is. They develop a good grasping ability better than other kids due to their hypersensitivity and quick response to stimuli leading to a better understanding of things beyond that of an average kid at that age.

Sleep and hypersensitivity – Hypersensitive children need a good night’s sleep more than normal kids as their response to stimuli is more sensitive to get triggered than the average kid, and since it’s already hard enough to put a Hypersensitive child to sleep. The fact they could potentially have meltdowns from not being able to process too many stimuli makes sleep most immensely important for the proper functioning throughout their day.

Why is it hard to put a Hypersensitive child to sleep

Hypersensitive kids can pick up the faintest of sounds from quite a distance and this could keep them up. Any rustle in the bedroom at night could immediately trigger frightening imaginations in the kids mind making his mind race away from’ sleep’s Ville to ‘near town.

They are not just afraid of the dark even slightly disheartening things throughout the day such as not getting the test score they expected could also make them overthink them to exponential magnitudes.

If kids at the end of the day are shutting their mind-body machine down and catching some shut-eye, Hypersensitive kids on the other hand start reminiscing their whole day thinking about every minute detail that is cherished or bothered them. Here is more information regarding sleep and Hypersensitive kids.

Having a good bedtime routine certainly helps make the situation of falling asleep much easier for hypersensitive kids. A good routine enables a type of schedule for the kids where they know how their day progress after they are back home from school, right from their post-school lunch to playtime to lights off time to storytime just before bed.

Following this order helps achieve a sense of predictability which eases their highly fluctuating mind to follow a certain path of comfortability ultimately ending in a good night’s sleep.

And even if they do not go to sleep at the same time as the day before, they won’t be expected to wake up late. Instead, they’d wake up at the right time but the meltdowns and such related mental uneasiness through the rest of the day would be much more prominent.

2. Calmer the kid, easier to sleep

Hypersensitive kids of today have it way better than the Hypersensitive kids of 2 or 3 decades back were audiobooks and ‘put to sleep’ CDs were not widely available. It goes without saying that a kid is more likely to fall asleep quickly if the kid is calm before hitting the sheets. To help achieve this there are a lot of audiobooks, meditation CDs, and much more.

Hypersensitive kids find it hard to catch sleep at night because their bucket is always full of thoughts that they haven’t processed throughout the day. So the one time at night when the whole atmosphere is calming instead of catching some good shut-eye, thoughts start appearing louder, making the kid focus on them at the time where they are supposed to rest their focusing abilities.

This is why it helps when parents sit down with their kids and ask them how their day went, this way the kid gets to vent out everything that possibly happened throughout the day, and everything the kid had trouble processing could now be solved with the parental warmth and understanding which is very much needed after a tiring day.

But these solutions again are not a sure-shot way of putting your hypersensitive kid to sleep. Each kid is different and each hypersensitive kid is much more different. So what might work for one might not exactly work the same way with the other. But the steps however could at least make the job of putting your kid to sleep a little less tasking. 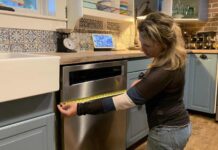 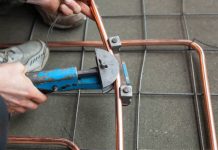