Slot machines have been around since 1895 when the Liberty Bell machine was first introduced. It was a 3-reel mechanical slot with 10 symbols/stop points on each reel. You line up the symbols on the pay line and money comes pouring out. Very simple. The way it worked was you put in your coins which unlocks the break so that you can pull the lever which winds the springs that makes the reels start spinning. A braking system stops the reels and sensors determine the position of the reels and the amount of the payout if any.

As the popularity of slot machines grew, the casinos demanded machines from the manufacturer that offered larger jackpots to their customers while maintaining an acceptable profit for the casinos. This was initially accomplished with larger reels so that more symbols could be placed on each reel and more reels.

There are 3 main mathematical factors for a slot machine to be commercially successful:

How often will a slot machine come up with a winning combination, regardless of how big the win is. The higher the frequency, the more attractive the game is to a player. Most successful slot machines have a hit frequency in the 15% – 20% range (1 in 6 spins on average).

The number of available jackpots and the size of that jackpot is the bait to lure in the players. The bigger the jackpot is, the more likely someone will want to try their luck.

The challenge for slot machine manufacturers has always been to devise the best balance of each of these key factors. It was easy for them to adjust reel configurations to balance out the Hit Frequency and Payback Percentage, but they were up against a brick wall when it came to offering the huge jackpots. They could only fit so many reels into a machine and so many symbols on each reel. The inherent problem with mechanical slot machines was the physical limitations.

In 1984 all of this changed when the ”Electronic Gaming Device Utilizing a Random Number Generator for Selecting the Reel Stop Positions” patent was purchased by IGT  and the concept of “Virtual Reels” was put into practice.

You see, it doesn’t matter anymore whether you are looking at a slot machine that has physical reels inside of it that spin, or if you are playing one of the newer Online Slot Machines…they all work the same. As a matter of fact, the slot machines with physical reels that spin are in my opinion more deceptive than the Online Slots. Using the Liberty Bell slot machine example with 10 symbols/stop points on each reel, your expectation would be that you have a 1 in 10 chance on any spin that a given symbol will hit the pay line for any reel. This is no longer true.

Slot machines using the Virtual Reel technology have redefined the reel configurations using a computer program on a chip inside of the slot machine. So for example using the Liberty Bell machine, you may see 3 reels with 10 physical stop positions each, but now there is a computer program inside saying “No…each reel actually has a lot more stop positions, more than you can imagine, and although it has the same symbols you see on the physical reel, I’m not going to tell you how many of them I have on each reel”. Basically, you can no longer calculate the probability based on the physical layout of the reels because that no longer matters.

Inside the guts of every modern slot machine is essentially a computer. The key elements of the computer are:

The RNG is sitting there doing nothing more than cranking out huge random numbers at lightning speed. Something like:

and so on…at a rate of a hundred per second. It’s sitting there doing its thing as long as the machine is plugged in regardless of whether or not anyone is playing it.

The magic happens when a player puts their money in a machine and presses the play button. At the split second that the play button is pressed, the outcome is already determined. Let me say it another way…when you see the reels spinning or the video display doing its thing, that is for your amusement only because the computer has already determined whether or not you have won and how much you have won.

The RNG sends its big number to the program that in turn references that payback percentage chip, then tells the machine to stop the reels at the appropriate time or to set the video display to the corresponding combination of symbols that represents the win (or loss) that it has already determined.

No more friction or the tightness of springs or gravitational forces determining the outcome of a spin…the computer has taken over all of this.

Because there are so many more stop points on each reel according to the computer program, now huge jackpots can be offered without adversely affecting the Hit Frequency or Payback Percentage. Again using the Liberty Bell example, if 3 Bells represents the jackpot combination for that machine, then one could offer a huge jackpot using virtual reel technology by simply setting up the virtual reels with thousands of stop points on each reel, but only one Bell on each reel.

Do you know how the BAR symbol originated? A chewing gum company manufactured slot machines that dispensed gum for every pull in order to market their gum and downplay the gambling nature of the slot machine. The BAR represented a stick of gum.

A wide range of modern slot machines you can find here: https://newslotgames.net/slotmachinesdb.html. 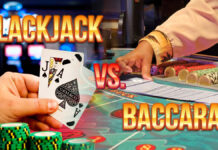