Home Toys Difference Between Silicone and TPE Sex Dolls – Which One to Choose?

While it may seem to you that sex dolls have just recently hit the market, this is not true at all. The first sex dolls date back to the 16th century when sailors made masturbatory dolls during long voyages. The first life-sized doll was made in the early 20th century and during the 80s, and 90s simple inflatable vinyl sex dolls were popular. Of course, they were the forerunners of today’s sex dolls, and they didn’t look nearly as realistic as the sex dolls you can find on the market today.

The reason why sex dolls seem to have been present recently is that until a few years ago, they didn’t look very convincing, and today you have sex dolls available that may seem like living people to you at first, and not like dolls. Manufacturers who have implemented new materials are credited for this. This primarily refers to silicone and TPE, the two best and most popular materials for making sex dolls. That is why most of those who want to buy one are not sure whether to choose silicone or TPE sex doll. We will tell you the difference between those two materials and which one to choose according to your wishes, needs, and preferences.

Which one to choose?

Customers would be pleased if in a few sentences we could say which one to choose and then it would be an easy decision. But if silicone or TPE dolls were so much more dominant than the other, then only one material would be used.

Therefore, the answer to this question primarily depends on the needs of the customer, as well as the budget. But there are many other factors that must be considered as well. That is why we will tell you the differences between silicone and TPE sex dolls, so you will be able to determine which ones suit you better and thus narrow your search. Believe us, it is necessary because the offer on the market is so big.

TPE is a thermoplastic elastomer, often called thermoplastic rubber. It is a very resistant type of plastic that can be stretched up to 5 times in length and is also soft and relatively inexpensive. That is why it is often used for various products that are in everyday use.
Silicone, full name liquid silicone rubber, is a polymer and also has a very widespread use, as you already know. It is heat resistant, and that is one of many features of silicone.

The price for these two materials is different, and that is probably what interests you first because the budget is what will primarily dictate the choice of sex dolls. Silicone is definitely more expensive, and there are variations of both materials, we can’t tell you exactly how much more expensive it is. But often, silicone can be twice as expensive as TPE. If you have more than enough money, then keep reading and there you will see other differences that will help you decide.

As we have already said, heat resistance is one of the main features of silicone and why it is used so often. Now you may be wondering why this feature would be important for a sex doll, because certainly TPE can withstand body and exterior temperature and will not start to melt at those temperatures.

But, did it ever occur to you that you could bathe with your doll? Many people like to take their doll with them to the hot bath. This will only be possible if you have a silicone sex doll. Otherwise, if you like your doll to join you in a hot bath, and it is made of TPE, it will start to melt and will be irreversibly damaged.

After the price, feel is something that will also be very interesting because everyone wants a very realistic feeling. Both materials are soft and generally provide a similar level of realism. If we are talking about cavities, such as the vagina, mouth, and other things, silicone dolls give you a much more realistic feeling.
As far as the exterior is concerned, more precisely, the body parts like breasts are very similar. We can say that silicone is a slightly better option here as well, but generally speaking there is no big difference.

Where TPE wins is look. TPE dolls are much smoother, and when you see them, and when you touch them for the first time, they will look more realistic than silicone. As we were told from myminisexdoll, some of the customers at first did not recognize that it was a sex doll made of TPE but thought it was the real person.
So you need to decide if the feeling is more important to you, first of all, what the vagina provides or the look. TPE dolls are capable of being in much more different sex positions compared to silicone ones.

It is clear to everyone that it is very important how the dolls are maintained since they will often be dirty. Silicone is significantly easier to clean and even sterilize because it is very resistant, so it is used by various industries. You have to be very careful with cleaning the TPE so as not to damage the doll. Also, it can happen that the doll is sticky after cleaning. Do not use hot water and clean as often as possible to prevent mold from appearing. You can sterilize silicone in a variety of ways.

Generally speaking, silicone is a more durable material than TPE. But TPE dolls will last you a very long time. Also, not every silicone or TPE is the same, so it can happen that a TPE doll lasts longer if high-quality TPE and low-quality silicone are used.

Both materials are safe, soft and hypoallergenic, which makes them suitable for the vast majority of people. It is up to the customers to decide what is most important to them, whether it is the look, the price, the maintenance, or the feeling, for that you can check at xinghaoya. There is a high probability that they will be satisfied with whichever they have chosen. 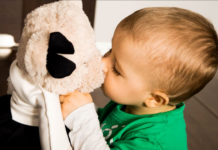 Why Are Children Attracted to Toys? 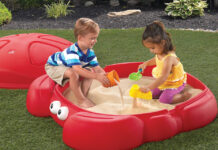 6 Things to Know Before Buying a Sandbox For Your Kids