Home Vehicle Interesting Facts About Motor Scooters You May Not Know

Scooters are the most common form of transport after the bicycle in China and Southeast Asia. It’s so convenient that there is a two-wheeled friend for each person in a family. They are also one of the favorite vehicles of the people of Spain and France. In addition, Italians fell in love with this two-wheeled transport, in whose homeland the legendary Vespa scooter was invented.

If we speak about modern scooter models, they have a stylish look and rather powerful characteristics. The history of this vehicle is quite captivating, too. Let’s dive into the topic and reveal some exciting facts about scooters you may not have known before.

The First Scooter Appeared in 1891

This fact may seem very unexpected because many motorcyclists and car enthusiasts think that such a vehicle is relatively new. However, the scooter was created in the 19th century. During this period, the first motorcycles and full-fledged cars were also invented.

The first scooters were simple models with a simple design. Modern two-wheeled machines are more advanced in terms of design. It’s interesting to note that, even in the face of such competition, vintage old models remain popular. After all, they are becoming less and less common and available on the road, and their value is only increasing.

The Longest Scooter Was Created in the United Kingdom

Such a vehicle was designed and created by the famous inventor from the UK, Colin Furze. A talented mechanic was able to construct a real miracle. His development reached a record length of 14 meters (almost 46 feet) and accommodated more than twenty people.

The moped’s design also deserves admiration. The craftsman installed more than 60 chains and more than 70 wheels on the scooter. Such a vehicle impressed not only drivers but also the specialists who make entries in the Guinness Book of Records. They noted the fact that the transport is the longest in its category, after which the 14-meter (46-feet) machine became popular all over the world.

In the field of vehicle manufacturing, there is an increasing trend toward environmental friendliness. That’s why models based on an electric motor are increasingly going on sale. Scooters are no exception. New products have a number of advantages:

⦁ There will be no harmful substance emissions into the atmosphere.
⦁ They reach optimal speed.
⦁ You can find an absence of the unpleasant smell associated with the combustion of fuel.
⦁ Such scooters have a light weight.

This is a great solution for a densely populated city. Typically, scooter owners aren’t interested in speed. The main thing for them is to get from point A to point B. Specifically, the electric scooter handles this perfectly well. This mode of transportation has gained particular popularity in the developed countries of Europe, where they strongly advocate for the environment.

In addition, riders of electric mopeds report a reduction in refueling costs. Charging an engine costs a lot less than filling up a tank of fuel.

How About an Extra-Compact Scooter No Larger Than a Suitcase?

Today, a huge number of scooters are produced, and even those that have been out of production for a long time can be found at a salvage auction. All of them have their own technical features. For example, there is a super-compact model called the Moveo.

It’s a unique scooter. It can be folded into the shape of a small suitcase, weighs 25 kilograms, and has a range of 35 kilometers. If we consider that it works on electricity, then this is simply an indispensable thing for a person living in the concrete jungle of a big city.

Vespa Scooters Have Something in Common With Airplanes

Vespa is one of the most famous moped models in the world. They have an original appearance and a specific design, which is considered the “business card” of the vehicle.

However, few people know that the inventors of the legendary scooter were originally aircraft manufacturers. Later, they began to use technologies from this industry in the process of creating two-wheeled vehicles.

Scooters Are Often Referred to as “High Chairs” or “Stools”

Vehicles got such funny names because of the special landing. Scooter riders place their feet on a special footrest and sit with a straight back. In a similar position, people sit on stools.

By the way, residents of the United States also came up with the funny scooter name that goes “toilets.” However, the Americans didn’t appreciate these vehicles. The reason for this was their appearance, which repelled most of the people there.

We’re deeply convinced that mopeds are significantly undervalued. Many motorcyclists and car enthusiasts see them as a funny and not serious mode of transportation and focus on other kinds of  vehicles.

At the same time, modern configurations of scooters are a great option for big cities with constant traffic jams and rush hour on the roads. They are cheaper, easy to maintain, and don’t require much space to park or store. That’s why active young people who are into minimalism and eco-movements choose scooters as their primary mode of transportation. 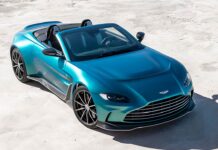 Top 5 Tips for Looking After Your Aston Martin 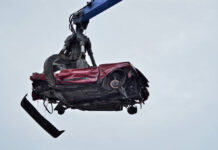 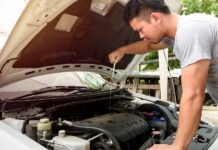 Car Maintenance Tasks You Can Do on Your Own