Feminized cultivars are those that have been genetically modified to almost always produce a female strain. Most plant breeders prefer growing feminized cannabis seeds over natural seeds because natural seeds have an equal probability of producing male or female offspring. A female species yields more cannabis than a male plant. So growing a natural population of male and female plants is wasteful for breeders.

A female plant gives higher yields. Also, natural seeds pollinate to produce a mix of plants from both sexes. In such a situation, the male plants need to be selectively killed, or else they cross-pollinate the females to produce a mix of male (low-yielding) and female(high-yielding) plants. Resulting in a lot of space being occupied by low yielding Male varieties.

Thin mintz strain is a feminized strain of cannabis, and they give good yields, so if you are new to cannabis breeding, you can buy them for yourself.

Things To Remember When Growing A Feminized Cannabis Seeds Outdoors

The Ultimate Size Of The Cultivar

One of the greatest concerns of outdoor cultivation is maintaining the plant in the right size. Outdoor strains get a lot of space to grow, and if you have no control over the growth parameters and the final size of the plant, you will be unable to do regular pruning activities.

A cultivar that grows outdoors is much more likely to encounter pests than one that is grown indoors. However, you can protect your cultivar by using natural insecticides at an early stage of growth. It is important to use insecticide or pesticide before the cultivar catches an infection. Once an infection starts, it is almost always impossible to get rid of it.

Protect Against The Natural Elements

Outdoor species are regularly subject to natural elements like rain and the Sun. However, excessive heat is bad for the cultivars as too much heat dehydrates them. At times the plant may start breaking down the food produced in the leaf if kept in the heat for too long. So it is vital to prevent excessive exposure to heat by watering the plants during the hot summer days.

Also cultivars of cannabis lose water via their leaves on hot sunny days. So you should frequently water them to make sure that the loss of water is compensated. However, excessive watering is also bad as it can lead to the oversaturation of water in the root zone. Hence, watering and mulching can be used in conjunction to protect the cultivars. Mulching is the use of straw, leaves, etc., to cover the ground so that the land surface is less exposed to the Sun which in turn reduces water loss.

Sow At The Right Time

Feminized cultivars start growing once the length of the day starts shortening. Hence, they should be sowed in such a manner that they are in their peak growing phase in the season when the day length starts shortening.

Breeding plants outdoors can be quite challenging as the breeder has to guard against pests, excess heat, moisture, etc. However, outdoor cultivation provides a lot of space for growing the cultivars, which could give high yields. 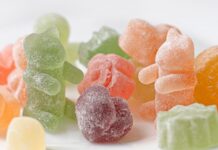