It is critical to choose the right tech stack for your development before beginning. “Which front-end and back-end combinations are most suitable for web development?” is a common problem for developers. Some combinations become so popular within the developer community that they become popular. Laravel and Vue.js, two prominent web development frameworks, exemplify such a pairing. But first, let’s look at why Laravel + Vue.js produce such amazing outcomes. Let’s have a look at the characteristics of both frameworks.

Overview of Laravel, including features

Laravel is a sophisticated Open-Source MVC PHP framework designed by Taylor Otwell. It is envisioned to build full-featured web apps. If you’re looking to create sophisticated apps with a faster development time using simple and expressive tools, it is the top choice for developers. Laravel was built keeping in mind the simplicity, scalability, versatility, and readability. The popularity of Laravel can be seen On Github as Laravel has 69.6K stars and 22.5K forks. Also, 685,868 websites are powered by Laravel. To leverage the advantages of Laravel development, you can hire Laravel developers within your budget and according to your business requirements. Some of the significant features of Laravel are as follows:

Overview of Vuejs, including features

Vue.js is a lightweight, progressive JavaScript framework developed by Evan You. It is an approachable, versatile, and performant framework for building interactive UI. As Vue.js emphasizes the view layer, it can be easily integrated into the existing projects without any issues. One of the major advantages of Vuejs is that it is used for developing Prototypes and has comprehensive documentation. It has 29.8K stars as well as 5.3K forks on Github. Vuejs currently powers around 1884181 websites. For creating a robust & secure app, you can hire VueJS developers and create a seamless User Interface. Following are some features of Vuejs:

Reasons why Laravel and Vuejs are the perfect combinations

A combination of Laravel and Vuejs is best for creating the SPA (Single-page application). The page is not reloaded as it works inside the browser. Resources such as HTML and CSS only load once in the SPA application to transmit the data. Single-page apps built with Laravel and Vue can store all data and transmit only one request. Furthermore, these programs can function perfectly in offline mode. As conventional HTML elements are used, Vue components can also be created in the same manner.

If your application has to be updated often, you’ll have no choice but to use JavaScript exclusively. The lack of Virtual DOM in other JavaScript poses a hurdle. As a result, you’re experiencing performance issues every time you update. When using the VueJS component, however, all components are rendered automatically. As a result, when there is a modification in the data, the system understands exactly which component must be changed.

For managing all front-end operations, Vuejs creates the best event-driven apps. Its Configurable Components are configured according to the Developer’s preferences. Thanks to the Composable Components, Vue and Laravel Framework are a great match. Laravel is measured to be the finest PHP framework compared to others. It’s also the most well-liked. To request data from the Laravel web app while using Laravel, you only need to do a few steps. Furthermore, replacing components is a simple way to modify the UI. Your application’s User Experience is improved since the Full Page is not refreshed.

Quick to Learn and Easy to use

VueJS is easy to learn. It feels like you’re writing just simple JavaScript while using Vuejs and building simple applications. Another fantastic feature of VueJS is that any valid HTML template is likewise a viable VueJS template. Depending on your application’s needs, you can keep your CSS public or process it using JavaScript. You can also use scoped styling to change a single element on the fly without impacting other components. You can quickly build a VueJS application if you’re acquainted with JavaScript by reading documentation.

Laravel migration enables you to modify database fields without affecting the current record. You may create new ideas and data structures with Laravel migration. This approach allows you to create a database without database admins. This guarantees that the database is correctly maintained and constructed without starting from scratch. A Laravel-Vue-based application is another option.

Laravel’s Serverless Deployment Platform, Laravel vapor, is powered by AWS. This makes it easy for programmers to design sophisticated apps. Developers may use this capability to build, recover, maintain, and extend databases from a single interface. Laravel vapor can do millions of jobs once since AWS powers it. Because Vapor includes a built-in JS utility, Vuejs applications use this platform. This platform automatically allows you to upload and serve assets to a CDN or S3 server. The full client DNS record may be managed using Vapor UI or CLI. It also provides characteristics that make large-scale corporate programs stable and scalable, including rapid rollbacks, limitless deployments, and many environments.

When combined Laravel with Vuejs, they expand the efficiency of a web application from the development process to page optimization. One of the main advantages developers have while using Laravel + Vue is that they have comprehensive documentation. It aids in the implementation of feature-rich libraries for common tasks. In this post, we have seen an overview of both Laravel and vuejs and their features. It also gives insight on various reasons why it should be considered to use Laravel with Vuejs. 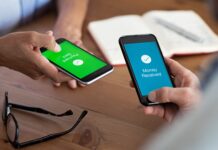 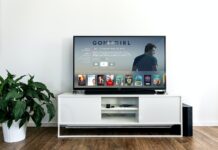