Home Gaming How To Quickly Level Up In World Of Warcraft: Useful Tips And...

Any person who has played WoW at least once knows how long it takes to level up a character to the maximum level. We are not talking about fun servers or pirate versions with x10-x300 experience multiplier. It can take from several weeks to several months to fully boost the character. It all depends on the player’s patience and the time he devotes to the game.

Of course, to save personal time and speed up the leveling process, you can use services like Skycoach. In boosting services, everything is fast and simple – with the press of a button, you kill a boss, go through a dungeon, mine gold, or upgrade a character.

However, you can achieve the result yourself. In this article, we’ll show you how.

Quick ways to boost your hero

There are 3 ways to quickly level up, which are available to any player:

In order to speed up the boosting process, don’t forget about addons. There’re plenty of them, but let’s check the most popular ones:

The speed of leveling a character in Wow directly depends on many factors. To significantly increase it, it is recommended to heed the advice of experienced players:

It is important to build a game when leveling only in DPS branches. If you choose a branch of a healer or a tank, the process will become too slow.

Work out in advance the routes along which you have to move from quest to quest. If there is no knowledge of locations and the location of the NPCs, it is best to watch video reviews of all locations or walkthroughs in advance.

It is not recommended to do quests with other low level players. In this case, the experience will be shared among all members of the group.

Create an additional character who will play the role of a banker. It must be located in one of the capitals of a friendly faction. He needs to send all the things for sale and useful reagents by mail.

Plan in advance the purchase of vehicles so that by this time the character has enough gold, passes through the place where the mount was purchased.

This applies to herbalism, mining, and skinning. The rest of the professions will take too much precious time. Also, don’t be distracted by obtaining various achievements, exploring locations, duels with other players, and communication. All this can be done safely after reaching the maximum level.

That is, if you were given the task to collect 10 items, then after collecting them, don’t just return to turn in the quest, but on the way back kill every mob for which you can get experience.

#8. Accumulate gold in every possible way

At first, you won’t have enough wealth for anything. It’s awesome if you see the first 10 gold cash at level 30. The rest of the time you will count each coin, especially during boosting. Here are some simple tips to help you farm gold faster:

We hope our tips were helpful. Good luck in the game! 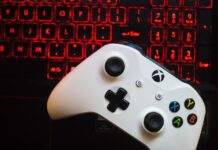 Online Gaming: What are the Advantages of Playing Online? 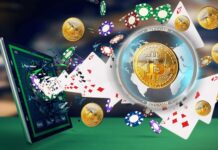 How Cryptocurrency Opened Up a New Online Gambling World? 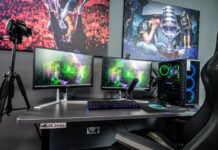 Tom Tait - August 8, 2022 0
Have you been dreading the thought of having to fill out paperwork on the computer? If so, you're not alone. A recent study by...

Why is It Cruel to Keep a Betta Fish?