Home Cars Does Your Car Drive Better Without A DPF?

Are you considering having your diesel particulate filter (DPF) removed from your car? If so, then you should know about the pros and cons. Removing it can have significant effects on your car’s performance, and not just in terms of fuel economy. So, does your car drive better without a DPF?

In this blog post, we’ll explore how removing a DPF affects your car’s performance, fuel economy, and emissions. We’ll also discuss the potential risks involved with removing the DPF so you can make an informed decision about whether or not it’s right for you.

What is a DPF?

Diesel particulate filter is a device designed to remove soot and other particulates from the exhaust gas of a diesel engine. Soot is a major component of diesel exhaust and can be harmful to both human health and the environment. It is usually located in the exhaust system upstream of the catalytic converter.

Diesel engines are designed to burn fuel very efficiently, but this also produces a lot of soot. The DPF traps the soot before it can exit the tailpipe and eventually clogs up over time. When this happens, the filter needs to be cleaned or replaced. Some newer vehicles are equipped with regeneration systems that automatically clean the filter periodically.

Without a functioning DPF, soot would build up on the inside of the tailpipe and eventually cause problems with engine performance. For this reason, it’s important to try blocked DPF fix solutions, such as DPF removal and remap to keep your diesel engine running at its best.

How Does a DPF Work?

A diesel particulate filter is a component of vehicle exhaust systems that reduces the amount of soot released into the atmosphere. It works by trapping and oxidizing soot particles, which are then expelled through a regeneration cycle.

This process requires frequent maintenance to ensure optimal performance. DPF removal and remap is an option for those who want to improve engine performance but don’t want the hassle of maintaining a DPF.

There are a few potential problems that can occur with DPFs.

– One issue is that they can become clogged with soot, which can reduce the effectiveness of the filter and potentially cause engine damage.

– Another problem is that the regeneration process required to clean the filter can put a strain on the engine, and if it isn’t carried out correctly it can lead to further issues.

– Finally, they can be expensive to replace if they become damaged beyond repair.

If you’re interested in improving your car’s performance without a DPF, there are a few alternatives you can consider:

Each of these alternatives has its own pros and cons, so it’s important to understand the trade-offs before making a decision. Be sure to speak with an expert if you’re unsure about any of these options.

Should You Remove Your DPF?

There are a few things you should take into consideration before removing your DPF.

– The first is emissions. If you live in an area with strict emissions regulations, then removing it could put you at risk of failing a smog test.

– Additionally, removing it could void your car’s warranty.

– Plus, if you’re caught driving without a DPF, you could be subject to hefty fines.

So, should you remove it? That depends on your individual circumstances. Weigh the pros and cons before making a decision.

How to Remove a DPF?

While there are a few potential benefits to removing a DPF, there are also some important things to consider before taking this step.

Potential benefits of a DPF removal include:

There are also some important things to consider before removing a DPF, including:

In summary, the answer to whether or not your car drives better without a DPF depends on the make and model of your vehicle. While some drivers may experience an improvement in performance after having their DPF removed, others may find that there is no significant difference.

Ultimately, it’s important to do your research and weigh up all the pros and cons before you decide if removing it from your car is the best option for you. 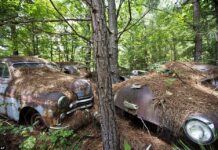 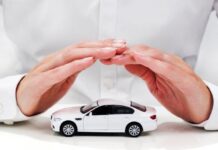