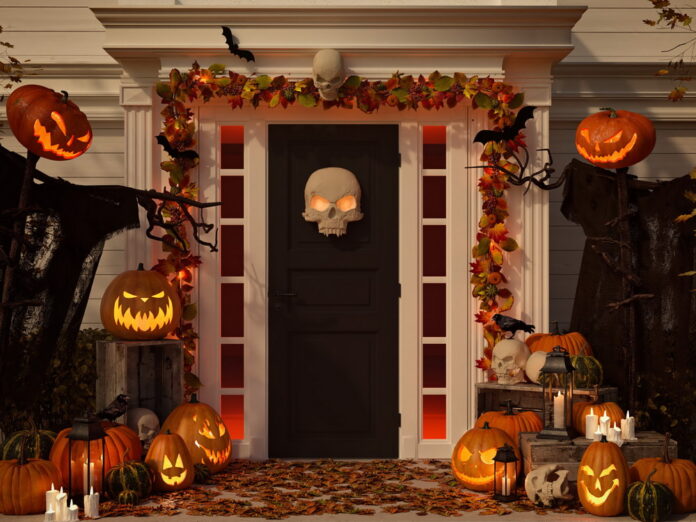 Some people absolutely love Halloween because they enjoy being scared. They are the kinds of people who appreciate horror flicks. They visit haunted houses and Halloween festivals designed to scare the pants off just about anyone. However, when it comes to home security and safety, the average American home doesn’t have to be a scary place.

Are you among the millions of Americans who decorate their homes for Halloween? If so, you might be aiming to make your property as scary as possible. While you’re at it, make it scary for burglars, too. But do not make it scary for your own family members. Give them the peace of mind that comes from knowing your home is as safe as it can be.

It is not hard to understand the vandalism and mischief problem. After all, Halloween is often associated with mischief. Is that not where trick-or-treating came from? Unfortunately, mischief and vandalism are not as innocent as so often portrayed. What starts out as a practical joke can lead to significant property damage.

In terms of thefts, Halloween night seems to be an optimal time for burglary because people are paying less attention to unusual goings-on. Someone prowling around the neighborhood could easily be mistaken for nothing but a Halloween prank. Common sense dictates burglars would have an easier time on Halloween night.

Catch Them with Cameras

You can make your home scary for burglars but not so much for family members by installing video surveillance cameras. Studies have consistently shown that burglars avoid homes that are equipped with security systems. So cameras installed alongside other home security equipment can be enough to thwart burglars unwilling to take chances.

If a burglar does try to proceed anyway, cameras will catch them in the act. With any luck the cameras will provide footage that either shows the burglar’s face or some other identifying feature. Police can use the footage to track down a suspect while prosecutors can use it as evidence in court.

Whether you intend to be home on Halloween night or not, the best type of security system to protect your home is a monitored system. Monitored security guarantees that someone is keeping an eye on your property around the clock. In the event, an alarm is triggered, trained personnel immediately spring into action.

Remember that burglary is not the only threat to your home. Other threats include vandalism, fire, and even carbon monoxide leaks. All the potential threats can be monitored through a variety of sensors designed to send alerts to a monitoring center if something goes wrong.

What Constitutes a Good Security System?

By now you might be wondering what you need in a security system to keep threats at bay. In a recent post discussing haunted houses in Salt Lake City, Utah, Vivint briefly discussed how video surveillance cameras can keep homes safer.

A typical entry-level security system comes with at least one camera. Given that criminals tend to enter homes through the front door whenever possible, a single camera protects that area of the house. But you really need a second camera for the rear of the home.

A good, monitored security system will make your home a less scary place for you and your family. The same is not true for burglars and other criminals. If they know your home is protected by monitored home security, they will think twice about trying to make entry.

This time of year is a good time to evaluate any other safety and security concerns you might have. To that end, you can certainly add more components to a home security system. For example, let us go back to the windows. A burglar can look through your windows and see that they are outfitted with standard window sensors. That may not be enough.

An enterprising burglar willing to make a little noise might just smash a window to get in. You can prevent that by installing glass-break sensors. They do exactly as their name implies: they alerton a broken window. If that is not enough, here are two more devices you can add:

Go ahead and make your home scary for the trick-or-treaters this Halloween. Go one step further by making it even scarier for criminals by beefing up your security. In the end, your home will be a lot less scary for you and your family.

The Qualities to Look for in a Professional Home Builder