Home Home 5 Signs Your Pool Builder Is Overcharging You

Let’s say that you’ve decided to have a swimming pool built in your backyard. Seeing how you can’t just dig a hole in your backyard and fill it with water, you will have to find a professional pool builder to get the job done for you, and that begs the question – how do you know you’re hiring the right guys?

If you are not familiar with the pricing and everything else regarding pool building – you might end up being taken advantage of. We don’t want that to happen any more than you do. So, on that note, we’ve decided to put some things out in the open and draw your attention to some of the signs that show that you’re not dealing with a reliable contractor.

More precisely, we wanted to focus on the signs that show you that your pool builder is overcharging you. Let’s begin.

Any respectable and reputable pool builder should be able to give you a pretty accurate estimate of how much the entire project is going to cost you. They know the cost of the materials, they know how much they charge for the labour, and when they know all the details – it is pretty easy to do the math.

The only reason why a pool builder wouldn’t want to give you an estimate before they begin working is because they’re trying to rip you off. They are counting on the fact that you aren’t familiar with the pricing, and they’re hoping that you’ll be good with anything they tell you once they’re done. So, if you happen to get in touch with a contractor that isn’t keen on giving you an early estimate – go look for another one.

You should be able to trust the person you’re hiring for advice if you don’t know what you’re doing, but if they’re constantly pressuring you into “upgrading” – something sketchy is going on.

The role of a pool builder isn’t to push you to spend as much money as possible. Sure, they will try and sell you their most expensive pool and whatnot because that’s what salesmen do, but if you come to them with a clear plan in mind – they’re not supposed to pressure you to switch.

Let’s assume that you want to build a concrete pool, and you just want regular tiles, a diving board and a couple of lights. A pool builder shouldn’t try and persuade you to add a water fountain, hot tub, water slide, marble tiles and whatnot. If they’re trying to do so – they’re just trying to rip you off.

3. Charging By The Hour

Some professionals charge by the hour because that’s the nature of their business – they’re selling time. However, that is not the case in this particular branch of business. According to Nexus Pools, our expert advisor on this topic, no reputable pool builder will ever charge you by the hour.

We all know that pools aren’t built overnight. It takes time and effort to get the job done. Usually, the fastest you could take a dip in your new pool is around two weeks, but it could take up to six months for the entire project to be over. Naturally, the latter will cost you a lot more, but still – you wouldn’t pay by the hour.

If the contractor tries to charge you by the hour, you can be almost certain that they’re trying to milk some extra money out of you by working slow and inefficient. So, if something like this comes up – move along.

Accidents happen in every line of business, so it is not uncommon for them to happen while building a pool, too. And, as we all know, accidents can be costly. However, they’re not all that common. Any reputable pool builder will have done this numerous times before you’ve hired them, and when you have that much experience, you learn how to stop accidents before they ever happen.

Now, we’re not saying they can’t happen, but even if they do, they’re usually not to your detriment.

But, why are we on about this? Well, accidents are usually the main reason behind “unexpected expenses”, although reasons behind them could be various.

Either way, you shouldn’t pay for these. It is the contractor’s duty to stay on top of things and protect its client’s interests. If you happen to come across a pool builder that is charging you for these things – they’re almost certainly ripping you off.

Building a pool will be a sizeable investment. Even if you do decide to get a small one, you’re probably going to have to spend at least several thousand dollars by the time you dive in for the first time.

As you can probably imagine, it would be very wise of you to sign a contract before you set the whole thing in motion.

So, if you happen to stumble upon a contractor or a pool builder that isn’t willing to offer to sign a contract with you – that’s usually a really big red flag. They’re either doing something really shady, or they’re trying to rip you off. Either way, that’s not something we’d advise you to get into.

Get the whole deal in writing and only then proceed with the project. It’s the only right way.

As you can see, there are quite a few red flags and signs that can show you that you’re about to get taken advantage of. Fortunately, all of these are very easy to spot, and even better, most of the pool builders won’t ever try to do any of these.

As long as you do your due diligence and research, you should be able to find a reliable pool builder that will deliver you brilliant results and won’t leave your wallet empty. 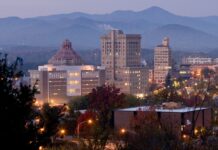 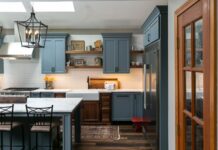 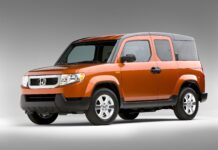